LETTERS OF THE GOLDFIELDS BY JAMES PETFORD, MARY ANN PETFORD AND JANE PETFORD

In May 2012, the Gold Museum purchased a collection of 36 letters written by James Petford and his second wife, Jane. These documents follow James’s life from his arrival in Adelaide, South Australia, in 1848, to his time on the Victorian goldfields of Ballarat, Smythesdale, Napoleon Lead and Mount Egerton.

These documents were purchased without clear ‘provenance,’ which has meant that research must be undertaken to discover more about the authors. This is an ongoing project for Gold Museum staff and new material will be added as it is located. 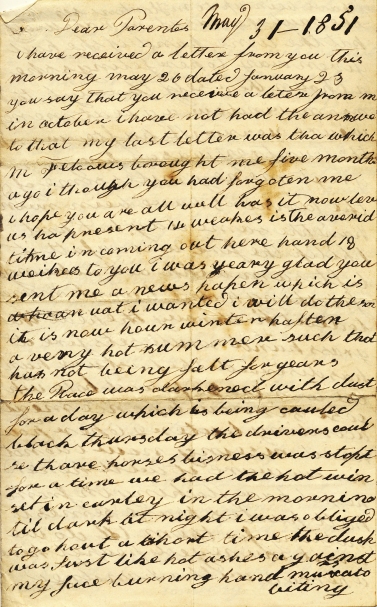 Initial research has determined that James Petford’s family lived in the English village of Cradley, located in the ‘Black Country’ of the West Midlands, in what was once Worcestershire now the Metropolitan Borough of Dudley.

James left Australia for Plymouth in 1847, and arrived in Adelaide in 1848. He married his first wife, Mary Ann Haim or Hain, in 1849. At some point before 1860, Mary Ann left him (it is implied she may have run away with another man), and James spent at least eight years trying to find her. In April 1861, he wrote to his parents that he did not know ‘whether Mrs. P. is dead or alive, or where she is [and it] causes me great anxiety.’

Research has not yet discovered exactly what happened to Mary Ann, but James must have resolved his marital difficulties eventually, for in October 1862 he wrote to his parents to tell them he had married Jane, ‘a Scotch lady…from a very respectable family’ who has ‘rich relations.’ Jane later writes letters of her own, which have yet to be deciphered and transcribed. 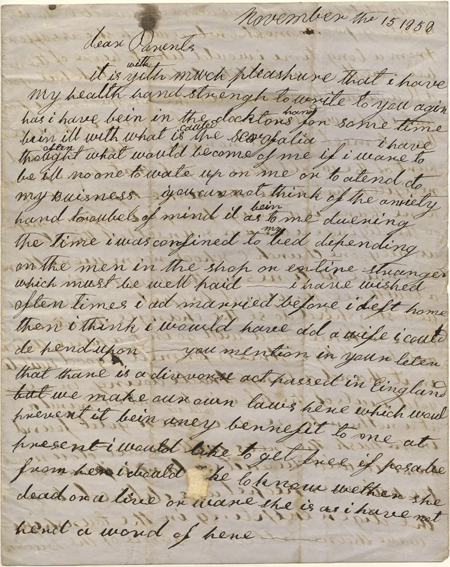 The Petford Letters Collection offers a great opportunity for insight into the life of one man and his family in nineteenth century Australia. Further research will aim to uncover biographical details about James, Mary Ann and Jane in order to learn more about who they were and how they lived.

Examples from this collection are currently on display at the Gold Museum as part of an exhibition entitled Letters of the Goldfields, along with other letters from the 1850s, 60s and 70s. 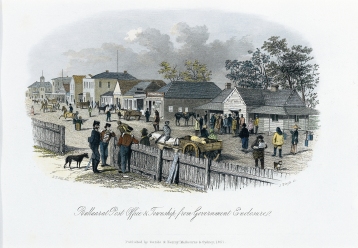 You can learn more about the places mentioned in the Petford letters at: